This blog is dedicated to my little sister Cailin and her love of cows. It was her birthday three days ago, and had internet in Myanmar cooperated enough I would have posted this on her birthday.  Unfortunately, it’s been nearly impossible to even load my blog and unimaginable to post anything.

Cows, and by extension all cattle, are considered sacred in Hindu culture, and have almost untouchable status within India.  Eating cattle meat is considered an extreme taboo, and even ownership of cattle is relatively rare. More often than not cows roam the streets, parks, and open space of India. They tend to not have an owner, and act more like stray dogs, finding places to sleep and food to scavenge.

It’s such an alien concept to most westerners to see free cattle that there is almost a degree of comedy attached to it. Indian cows do whatever they please and no one argues with it.  Cow sleeping on the sidewalk? Walk around. Walking through traffic? Slow down. A cow just being inconveniently in the middle of everything? Guess who wins that battle. And therein was the comedy of cows in India; doing whatever they felt like, humans be damned.

So this blog is for my sister Cailin, and her love of cows rubbing off on me in India.

3 thoughts on “The Cows of India” 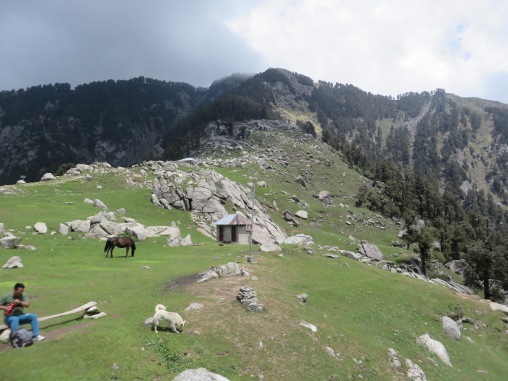 The weather was slowly turning against us

The village of Rama

I also had the pleasure of being in Jerusalem during election day; Herzog versus Netanyahu

The Dome of the Rock on Temple Mount

On the Mount of the Olives overlooking Jerusalem

Checking out the local market in Hauz Kaus

The Treasury of Al Khazneh from above

Grandstands at the Wagah- Attari Border 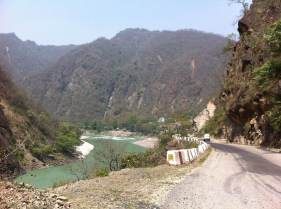 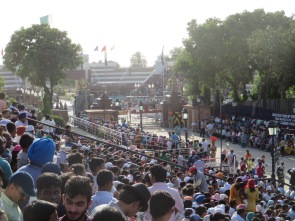 My view from the grandstands

The Taj Mahal as it first appears through the entry gate

A wild camel scurrying away

The center of Old Delhi

The only photo I took. Without any description it’s hard to tell anything at all is happening

The interior of our houseboat. Amanda and I couldn’t believe the deal we received. Look at the rugs, the ceiling, the furniture. Somehow we had this boat all to ourselves for two days.

Shikaras bobbing across the placid water

Looking out from Amin’s cafe

One of the many patch jobs my bike has received. This one is from my Chuar Chra neighborhood mechanic, Dilzin, helping me attach my new clutch.

The Wadi Rum stretched seemingly forever in any direction 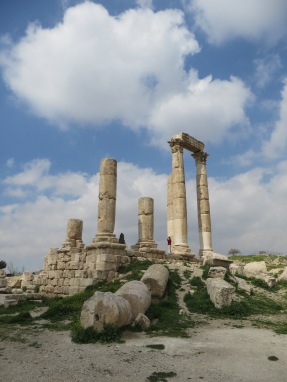 Ancient ruins atop the Amman citadel

Jama Masjid from the side, showing its central dome and minarets 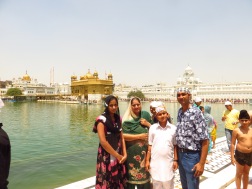 The Greyhound in full sprint

Looking down at the madness of the markets of Old Delhi 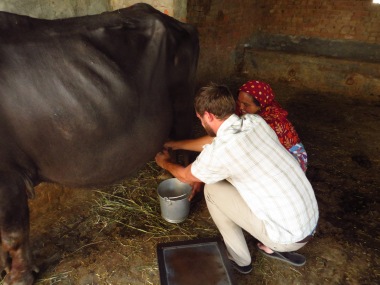 The massive walls of the Red Fort…

Front entrance to the massive Lal Qila, or Red Fort

The entrance to Gyuto Monastery in Dharamshala 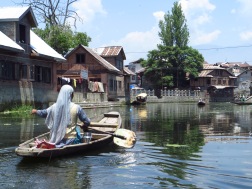 Amanda in front of the water fall

The 16,000ft snowcaps of the Tian Shan mountains just south of the capital city of Bishkek, at only 2,000ft

Bridge over the Ganges in Laxmanjulah, the power of the river is very deceptive

Shikaras sitting still as a motorboat passes them 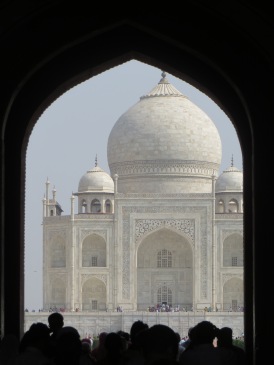 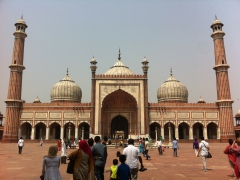 The front facade of the Jama Masjid, standing in the elevated courtyard used for prayer 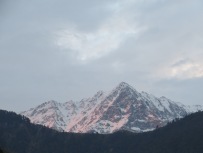 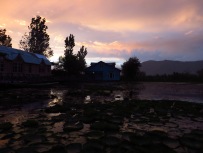 Normal foot traffic on the bridge. Pretty soon here I’m going to have to blog about the cows of India

Sunset after the rainstorm in McLeod Ganj 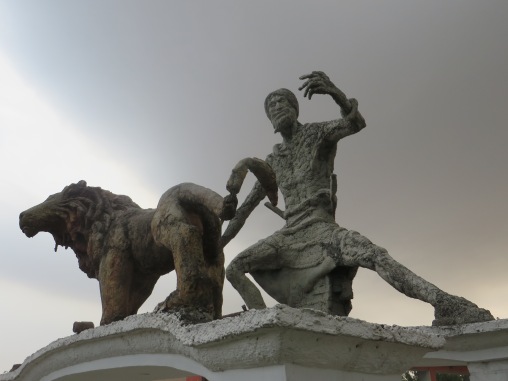 Spirit of the Sikh soldier, by my grandfather Sukhdev Dail (Sukhi) and his brother Jagmohan (Uncle Ji) 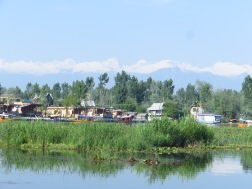 Punam in front of her Greenway Public Kindergarten 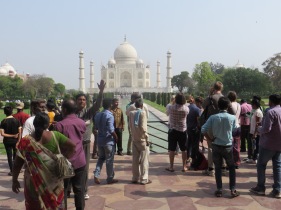 …This is the shot most people have to settle for

This is the shot everyone wants…. 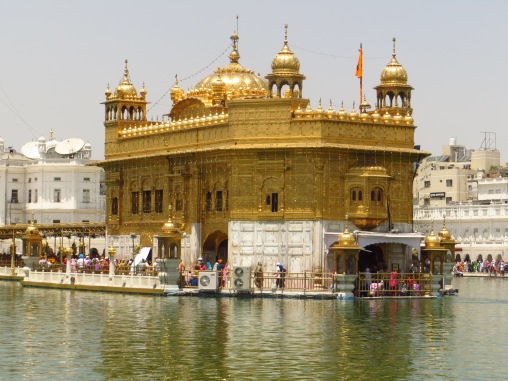 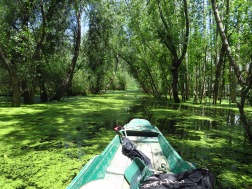 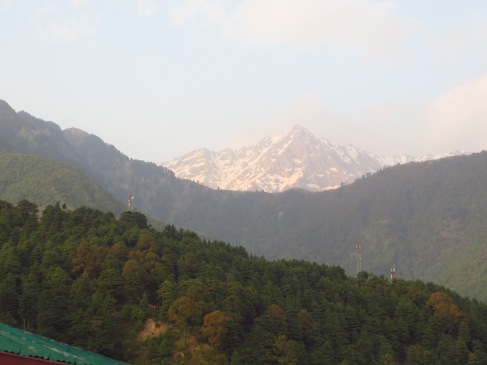 The view from our guest house. Mon Peak of the Dhalaudhars

This was the last place I could take photos, just as we were about to enter the monastery

The lowering of both Pakistan and India’s flags 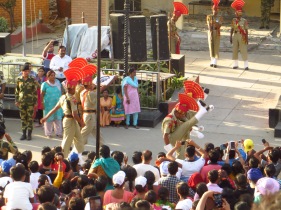 The entire faculty and student body of Greenway kindergarten 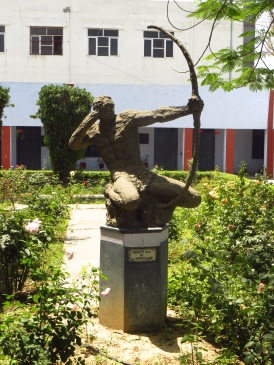 “The Archer” by Sukhdev Dail

I had a big and very loving host family in Bo

Samy. He said he would only let me take a picture of him if I let him wear my glasses for it. Deal. And as a parting gift he gave me a necklace he had made.

One of the small classes at Greenway

Houses roll over each other on the hill side 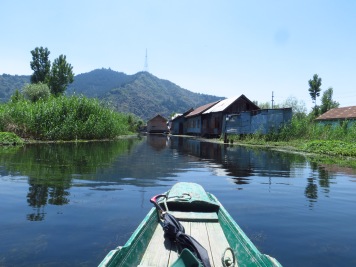 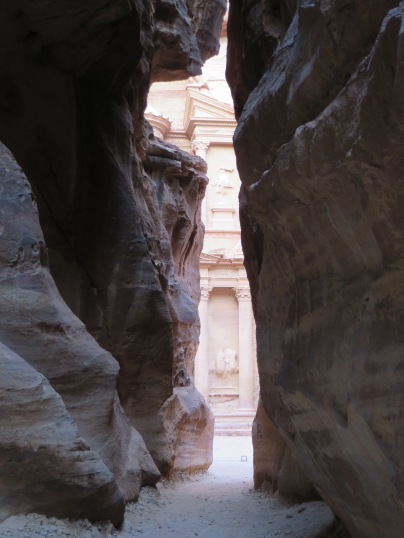 The view from our boat’s porch

A beautiful vantage point. My safari group is below for perspective

paddling in towards one of the produce markets 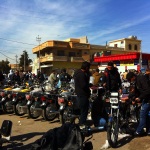 The swap meet in the center of the city where all motorcycle sales, purchases, and maintenance happens